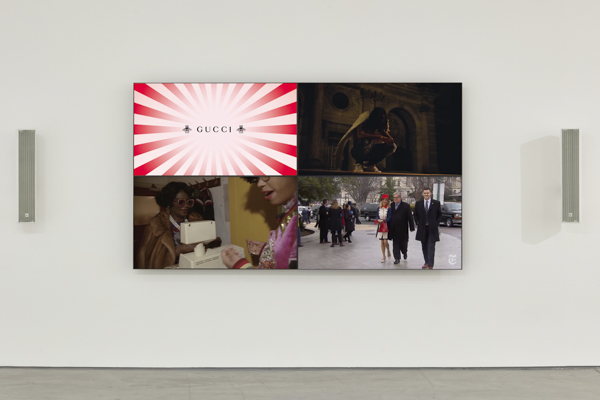 A four channel video featuring the following: a Gucci fashion show from 2016 with a virtually all white cast of models; Kellyanne Conway wearing one of the outfits from the show to Donald Trump’s inauguration; a Gucci promotional video from the same year with an all black cast of models dancing to Frankie Valli’s “The Night;” and Beyoncé and Jay-Z swathed in luxury brands performing in a music video shot at the Louvre.